Please take a moment to fill out this survey on your gaming habits!

Paragas the Mad is a tamable Heroic familiar that can be found hovering in place at approximately 285m near the center of the triangle that the Eclipsed Shrine, Ellora's Perch, and The Breach form, within Tritael Rift. The player needs to possess Paragas the Mad Mark in order to tame Paragas the Mad. 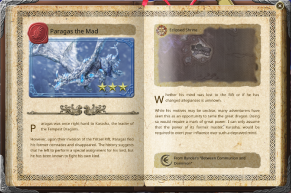 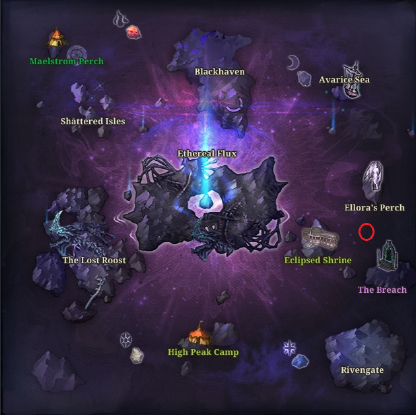 Paragas the Mad's location on the map

“Paragas was once right-hand to Karasha, the leader of the Tempest Dragons. However, upon their invasion of the Tritael Rift, Paragas fled his former comrades and disappeared. The history suggests that he left to perform a special assignment for his lord, but he has been known to fight his own kind. Whether his mind was lost to the Rift or if he has changed allegiances is unknown.

While his motives may be unclear, many adventurers have seen this as an opportunity to tame the great dragon. Doing so would require a mark of great power. I can only assume that the power of its former master, Karasha, would be required to exert your influence over such a depraved mind.”

― From Bynder's "Between Communion and Dominion

In order to tame you may obtain Paragas The Mad Mark, He is flying between Ellora's Perch-Eclipsed Shrine and The Breach around 300m. 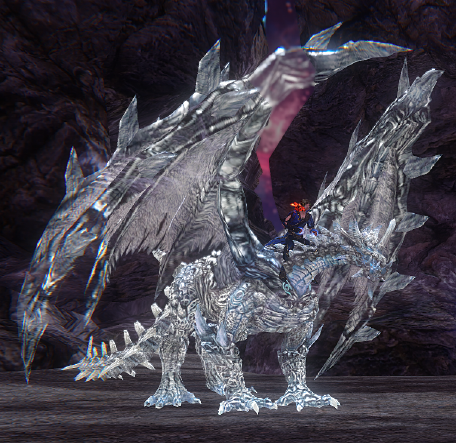 And when you use the sealing stone to get talent points you get: Talent Power: