Ruins of Matren is a dungeon for players of level 24 and above which is located in the northeast of the Hakanas Highlands region. The player first encounters this dungeon as part of the main storyline, following orders from the capital which instruct to liberate the town after it was taken by Salant's Yeti army. The dungeon-specific gear for this instance is the Frozen set. 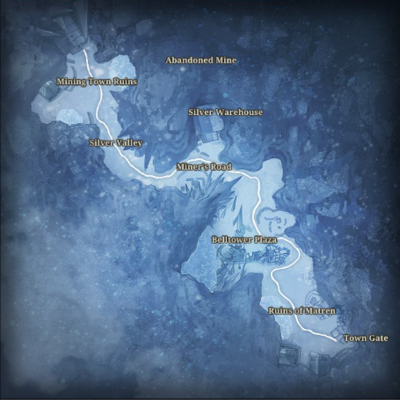 Note that in the Elite and Heroic counts found below, the large number of additional enemies which spawn in the final fight are not taken into account. Also, the number of Frozen Zombies mentioned is a maximum: killing the Dark Summoners in the area before they are able to raise the surrounding zombies from the dead can drastically reduce this number.